The article presents the action of microcurrents and the methodology for performing the treatment of pressure ulcers.

What are pressure ulcers?

The pressure ulcer, in its international definition, is a tissue lesion, with necrotic evolution, which affects the epidermis, the dermis and the subcutaneous layers, until reaching, in the most serious cases, the musculature and the bones [http://www.epuap.org].

Microcurrents (MES) are the type of therapy in which the currents have a very low intensity measured in uA from 1 to 999uA. Compared to other methods, stimuli below the perception threshold are used. Microcurrents are therefore not felt by the patient.

Reactions that occur in the treated tissue:

How to perform the treatment with microcurrents? 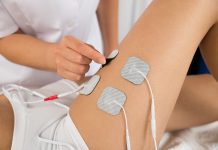