Shockwave therapy, thanks to its proven biological action, is increasingly used in the treatment of diseases in many areas of medicine. In recent years, there is an increasing interest in the use of shockwave therapy. This type of treatment is present not only in internal medicine or physiotherapy, but also in cosmetology. Here the main area of ​​application is cellulite therapy. Lipodystrophy (scientific name of cellulite) is primarily an aesthetic defect that does not have a significant impact on health in the early stages.

The cure of cellulite is mainly based on the action that stimulates cellular metabolism and increases microcirculation, using both pharmacological and physical agents.

Shockwave treatment is one of the simplest methods and does not cause any side effects. In addition to the effects mentioned above, it also has mechanical effects on adipose tissue. The presented study is one of the few that shows cellulite in the context of this type of therapy.

The aim of the study was to evaluate the impact of shockwave on the structure of collagen in the area where cellulite is present. The researchers wondered if it was possible to cure cellulite using this physical method. Cellulite treatment can be done in many different ways. However, taking into account the biological impact of shockwave therapy, this one appears to be an obvious complementary treatment for any other action.

The research was published in the journal “Clinical Interventions in Aging” in 2007. Its original title is Can cellulite be treated with low-energy extracorporeal shockwave therapy?

The study was attended by 21 women, aged between 20 and 60 years. Five women had 1st grade, six women had 2nd and ten women had 3rd grade cellulite. Collagenometry was used to evaluate changes in collagen and connective tissue microstructure. For the therapy a device was used that generates planar shockwave with a 25/25 mm head and a penetration depth of about 5 mm. The energy density was 0.018 mJ / mm2. The outer parts of the thighs were subjected to the treatment, with a surface of 160 cm2 on each side where cellulite was present.

The entire treatment area was divided into 20 squares of an area of ​​4 cm2 and on each of them 100 shocks were applied, for a total of 4000 shocks per session. The treatments were performed twice a week for a month and a half. The evaluation criterion of the therapy was the aforementioned collagenometry. As part of this study, a two-dimensional image of tissue density was obtained. The tissue was divided into two areas: the dermis closest to the epidermis, and the dermis closest to the subcutaneous tissue. 1 point was awarded for improving homogeneity in each of these areas. 0 points was given in case of no change. In case of deterioration of homogeneity 1 point was deducted. In this way, one patient was assessed in two categories.

Analysis of the collagenometry results showed that shockwave treatment affects collagen reconstruction in the skin in most patients.

Moreover, in the subjective evaluation of the treatment (both after a series and after 2-4 weeks of therapy), the majority of women stated that cellulite and subcutaneous tissue have been reduced and the skin tone is greater. Some have experienced pain as a side effect.

Conclusions – shockwave therapy in the fight against cellulite

The research shows that the shockwave therapy with the parameters mentioned above cause the remodeling of the collagen fibers in the skin. This affects the reduction of cellulite, both in the objective evaluation using collagenography and in the subjective evaluation of patients. Be aware that shockwave therapy in the treatment of cellulite is not a factor that gives 100% effectiveness. The study also did not include additional circumstances, such as the large amounts of water that must be drunk in order to remove the substances released by the body during treatment. Therefore, it may turn out that by applying additional nutritional principles, the effectiveness of the treatment can be significantly increased. 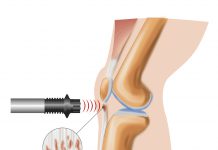 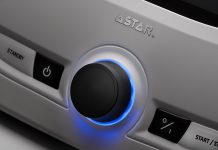 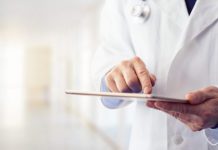